Louisiana's Coastline is important to America

Restoring and protecting the Louisiana wetlands and barrier islands is not just about Louisiana. 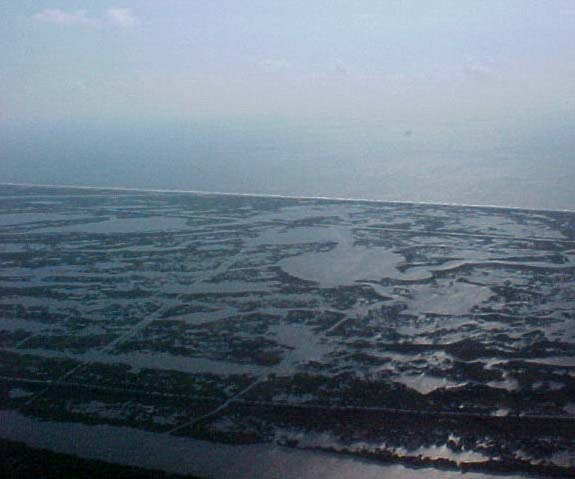 
The Henry Hub is a natural gas pipeline in Erath, Louisiana and is the largest centralized point for natural gas spot and futures in the United States.

Collectively, these pipelines provide access to markets in the Midwest, Northeast, Southeast, and Gulf Coast regions of the United States. Sabine currently has the ability to transport 1.8 billion cubic feet per day across the Henry Hub. Relative to the U.S. lower 48 states average daily gas consumption of 60.6 billion cubic feet per day in 2000, the Henry Hub can handle up to 3% of average daily gas consumption - the largest percentage by one facility in the U.S.

The Henry Hub is owned by Sabine Pipe Line LLC (a wholly owned subsidiary of ChevronTexaco) and is the pricing point for natural gas
futures on the New York Mercantile Exchange.
The NYMEX contract for deliveries at Henry Hub began trading in 1990 and are deliverable 72 months in the future.

Approximately 49% of U.S. wellhead production either occurs near the Henry Hub or
passes close to the Henry Hub as it moves to downstream consumption markets.

Restoring and protecting the Louisiana wetlands and barrier islands is not just
about Louisiana. Do you get it now..?
- August 11, 2009