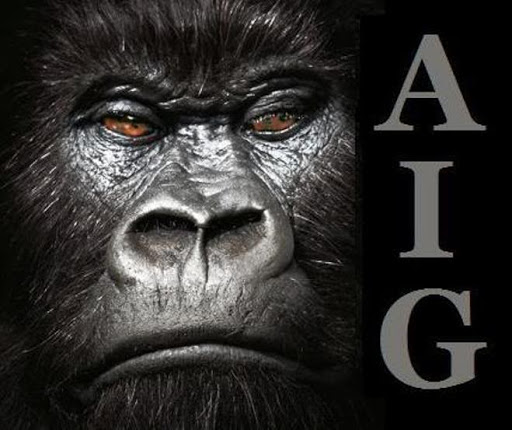 
AIG Executives for their efforts to screw the American taxpayer by awarding its staff $165 million in bonuses AFTER accepting a multi-billion bailout from the federal government.

-- The top recipient of the bonuses received more than $6.4 million.

-- The top seven recipients got more than $4 million each.

-- A retention bonus for an employee who left totaled $4.6 million.

My retention bonus isn't nearly as much.
;)

Also benefiting from the Government bailout of AIG were French and German banks .

You'd think that people making this kind of money would find REAL hairstylists, wouldn't you? 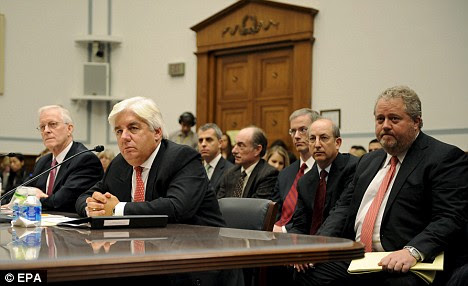 After receipt of their first installment of the Government bailout money of $85M, the execs took a little "business trip" to discuss how to dole out the money.

I'm with my homestate Senator Barney Frank that the government should assert it's ownership of AIG. We own 80% of this bucket of scuzzes. I do like the idea that some lawmakers want to tax these bonuses at 100%.

A history of AIG's "leadership" since Katrina.

I'm no college graduate and I have made it a point to NOT look at my retirement account since September. Well, I did peek when I got something in the mail after year end and it made me shudder. But these SOB's who have been part of running a company into the ground and then accepting government money to stay afloat and THEN do what these people did make them prime candidates for SCUZZBUCKETS.
- March 17, 2009