Is this for real?

From the TP
Mayor Ray Nagin takes his fair share of shots from New Orleanians who are less than thrilled with his leadership in restoring their beloved city. But a group of about 50 civic worthies apparently couldn't be happier with him. 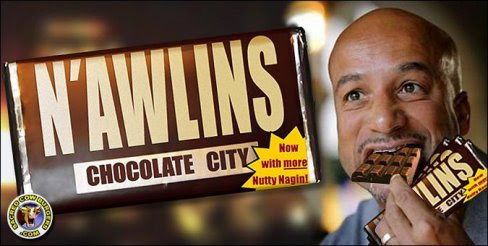 The group plans to have retired U.S. Army Lt. Gen. Russel Honore, credited with restoring order after the storm, hand Nagin the newly minted "Award of Distinction for Recovery, Courage and Leadership" next week as part of a ceremony marking Hurricane Katrina's third anniversary.


Howie Luvz Us has done the work I was going to do by providing links to info for the "supporters" on that list . Thanks, Howie.
REACTIONS across the blogsphere

I just keep thinking, "Those who don't learn from history are condemned to repeat it"...Have mercy!