After nearly three years after the winds and storm surge from Hurricane Katrina
beat it up, Fort Pike is reopened to the public. 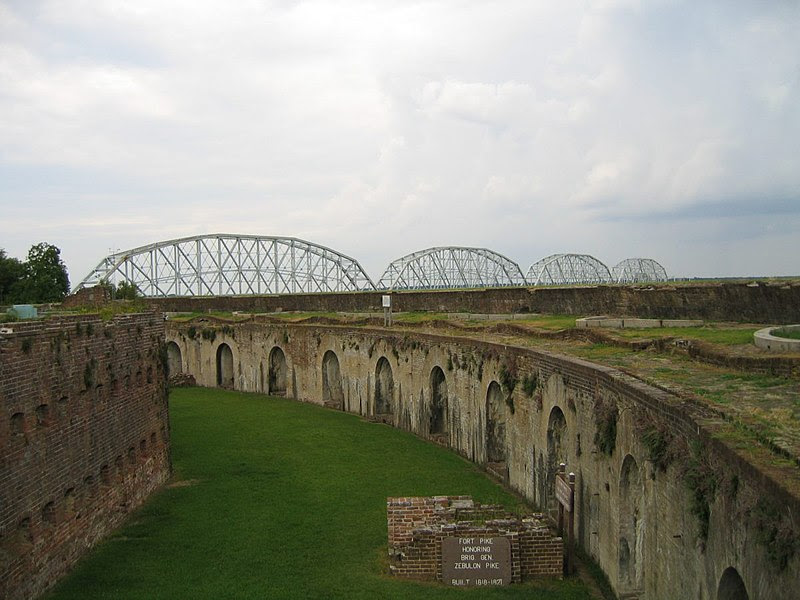 From the Baton Rouge Advocate
Fort Pike State Historic Site, on U.S. 90 just south of the Rigolets Bridge, is open to the public once again. It is the last property operated by the Louisiana Office of State Parks to be reopened after Hurricane Katrina caused massive damage in 2005.

One of Louisiana’s more fascinating historic sites, Fort Pike was begun in 1819 and completed in 1826. It was named for the explorer and soldier Gen. Zebulon Montgomery Pike whose name is attached to Pike’s Peak in the Rocky Mountains. Visitors to the site can quickly grasp the importance of this fort, which sits between Lake Pontchartrain and Lake St. Catherine and overlooks the Rigolets, the narrow passage that ships used to enter Pontchartrain from the Gulf of Mexico.

At the official reopening of the historic site, Lt. Gov. Mitch Landrieu, whose offices oversees the Office of State Parks, talked about the fort’s importance in protecting the Port of New Orleans. He said the fort played an integral part in Louisiana’s military history.

Stand outside the fort’s thick walls. Take a look at the watery surroundings, and you quickly realize just how important the fort was to the protection of Louisiana. The fort, a brick and masonry structure, was designed to withstand attack from land or sea.

Although the United States survived the War of 1812, the British destruction of our nation’s capital and their attack on New Orleans emphasized the weakness of our country’s defense. To prevent a foreign invasion from occurring again, President James Monroe ordered the placement of an extensive coastal system. The new fortifications, along with the old ones, stretched along the entire Atlantic and Gulf Coasts.

Along with nearby forts Jackson and St. Philip, Fort Pike defended New Orleans from nautical assaults. During the Seminole Wars in the 1830s, Fort Pike served as a staging area for soldiers en route to Florida. It also was a collection point for hundreds of Seminole prisoners and their black slaves who were being transported to Oklahoma. During the Mexican War in the 1840s, the fort was a stopover for troops bound for Texas and Mexico. During the Civil War, the fort was held by Confederates until Union forces reoccupied the fort, using it for raids along the Gulf Coast. The Union also used Fort Pike as a training center, where former slaves were taught to use heavy artillery. These troops became part of the United States Colored Troops who played a role in many battles.

Not just for history buffs, Fort Pike offers a fantastic view of the Rigolets Pass.

Fort Pike was officially abandoned in 1890. In 1972 it was listed on the National Register of Historic Places.